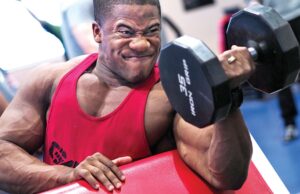 Do you feel the pressure to be down the gym every night of the week in pursuit of that allusive six-pack? Is there not one photo on your social media accounts of you that has not been filtered? Or are you so ‘defeated’ by being overweight you have given up on changing?, or so unhappy with how you look you rush past mirrors or any other reflective surface?

There is no doubt that how we look and our body shape and fitness (or more importantly perhaps how we think we look) can have a profound impact on our self-confidence, our relationships with others (and ourselves) and the ability to feel empowered to live our best possible life.

Is this an issue for men?

“Body image: How We Think and Feel About Our Bodies” a research report published by the Mental Health Foundation in 2019 showed that:

A Sky News article reported that “Doctors fears that thousands of men are not receiving help when struggling with a body image disorder. The Body Dysmorphic Foundation believes male body image is a neglected and under-represented area of research.” Whereas a recent Guardian article highlights a rise in male muscle dysmorphia, as did another recent article in The Independent

The Priory Group website highlights around 25% of those affected with an eating disorder are men and a 2018 Metro article reported that: “In the last three years, the number of men receiving outpatient treatment for an eating disorder has grown twice as fast as the number of women. By 2017, male patients had increased by 27%, compared to a 13% rise in female service users." Whereas a 2019 article on the British Journal for Family Medicine website stated: “Studies suggest that risk of mortality for males with eating disorders is higher than it is for females so early intervention is critical.”

What do we mean by body image/concept?

The Psychology Dictionary website defines body image as: “A mental picture which one forms of the body as a whole  This covers both the physical characteristics and functional aspects of the body.”

The Psychology Dictionary website defines body concept as: “It is the sum of all thoughts, feelings, and opinions evoked when a person views his or her physique."

Based on this, a simplistic distinction could be, our body image is the mental picture we hold of ourselves, whereas our body concept of our feelings and opinions that we hold in relation to our body image.

There is no doubt based on this distinction that our body concept will be strongly influenced by our body image. If we hold a positive and/or contented picture in our minds of our physical attributes and features, it is surely more likely that we will has positive feelings and opinions about our physical self.

What and who can influence our own body image/concept?

Our culture influences us: The Huffington Post website published an interesting article about the ‘ideal’ male body type, which highlights how certain physical attributes of the male form are valued differently in various cultures and countries. There is no doubt the cultures we live in and belong to can influence our perceptions of what should be the ‘male ideal’ that we should either aspire to and/or measure ourselves against.

Celebrities and the media influence us: An article on the Healthline website examines how the portrayal of a certain type of male body aesthetic in certain Hollywood movies, whereby the ‘superhero’ is also ‘super buff’ can create pressure for men to use these male movie idols as a ‘blueprint’ of the body image they should aim to be achieving.

For those that spend a great deal of time on social media, images of other males including male celebrities, sporting heroes and even our friends can influence how we feel about our physical self if we compare and contrast to those other males pictures. Remember to ask yourself though, are those images filtered or photoshopped in any way, and how many tries did it take your mate to get that ‘casual’ photograph of him looking ‘effortlessly flawless’?

Our friends and family influence us: The opinions (both positive and negative) of those closest to us can also influence our body image and associated body concept. Positive messaging coming from those we value and trust can help us see our attractive features and attributes, whereas ‘teasing’ and criticism from others (even if only intended as ‘joking’ in nature) can do damage to levels of body confidence. The peer groups or ‘tribes’ we belong to or aspire to belong to can also strongly influence body image and body concept.  If there is an expected ‘norm’ or ‘standard’ within peer groups we belong to, we will naturally want to conform to and attain that ‘norm’ to fit in and be accepted.

Our overall self-concept can influence us: If in general terms our self-confidence and self-esteem are both low across many aspects of our existence, or we are operating we an unrealistic ‘perfectionist’ mentality, it is likely that this self-dissatisfaction will permeate over into our body image/concept. Most definitely, if we are only valuing ourselves as ‘worthwhile’ when we and what we do are ‘perfect’ we will always ‘come up short’ and this also translates across into our physical self.

The potential impact of a ‘poor’ body image/concept

According to the Mental Health Foundation: “Having body image concerns is a relatively common experience and is not a mental health problem in and of itself; however, it can be a risk factor for mental health problems. Research has found that higher body dissatisfaction is associated with a poorer quality of life, psychological distress and the risk of unhealthy eating behaviours and eating disorders.”

Having a ‘poor’ or low body image/concept can have multiple impacts on quality of life. It can lead to low mood, feelings of anger and frustration. It can also stop us doing things we would like to do and pursuing our personal life goals. It can also have a profound impact on our relational wellbeing, either by causing us to avoid relationships, or feel a lack of freedom and enjoyment in relationships or even contributing to poor relationship choices.

Pursuing ‘extremes’: If we are deeply dissatisfied with our body/image concept, or have set incredibly high standards for ourselves, there is a risk that of pursuing more and more extreme actions to achieve ‘perfection. The WebMD website notes the findings of a 2019 study that included 7,000 young American men ages 18 to 24, more than one in five of them reported eating problems related to their desire for a muscle-bound body. To bulk up, they overate and took anabolic steroids or dietary supplements. A recent Daily Mail website article highlights the growing trend of males using steroids to alter their physique and the potentially disastrous impact that can have on long term health.

Other ‘extreme’ measures that males can turn to in order to achieve their desired body image can include surgical and non-surgical cosmetic procedures (both of which can have risks and side effects) and ‘extreme’ dietary control or regimes which can disrupt our healthy relationships with food and lead to very complex and potentially life impacting health problems.

If you have a ‘poor’ body image and associated to that, negative feelings and opinions about yourself, maybe it is time to stop, do an honest, fair and compassionate reappraisal of yourself, then focus on a realistic plan for changing what can be changed (and which you truly want to change for you) and coming to an acceptance of the aspects of your physical self that cannot be changed, or which do not need to be changed.

Step 1: Carry out a full body appraisal. When we have parts of ourselves we do not like and/or are dissatisfied with, often then can become areas we fixate on or overemphasise the importance of leading to a distorted or incomplete view of self. Examine every part of yourself physically and be fair about it. It may be that you do not like your beer belly, but you actually might be very pleased with the shape of your legs or the width of your shoulders.  See yourself as a whole person physically, likely there are parts you do not like but no doubt there will be parts of yourself you do like too.

At this stage it might be worth sharing your own self-appraisal with someone you trust to get their perspective on your self-rating, just in case you are being too harsh on yourself, or are missing positive physical attributes that are apparent to others.

Step 2: Decide for yourself what makes for a physical attractive/appealing male. Don’t be led by what social media or some advertising campaign tells you the ‘perfect’ male has to look like. There are many, many different versions of and opinions of attraction. It may be that you and those you care about value a ‘dad bod’ more than a six-pack, or that for you, being physically distinctive is more to be prized than looking like a clone of some reality TV star. Remember key here is you deciding for you what is attractive, others can have opinions but you are living your life for you.

Step 3: Accept the limitations. If you are 5ft 4ins it is unlikely that you are ever going to be 6ft 4ins, but that is not a bad thing, accept this reality and work with it rather than ‘beating yourself up being something you could never be.  Similarly, if you are in your sixties, no point comparing yourself to a young male in his twenties, that is an unfair comparison which is likely to result in you feeling inferior, make fair comparisons.

Step 4: Make a sensible plan of action. We can all have some influence over our physical self. Look at embracing a way of living that helps you unlock your full physical potential in a manner that is realistic and can fit in with the rest of your life. Focus on emphasising and showcasing your naturally positive attributes (if you have a great head of hair, show it off) and working to change or evolve other parts of you that you are not so satisfied with. Focus on working to be the best version of you that you can be, not perfect, just the best version. Always self-monitor when enacting your plan to ensure you do not engage in any ‘extremes’ that could damage your health and wellbeing.

Step 5: Embrace being you for you. There truly is not one version of a male ‘ideal’ that will be universally regarded and praised by everyone. It is no doubt nice to get praise and positive attention from others for the way you look, but no matter who you are, not everyone will find you attractive or appealing. Focus on developing a body image that is for you, not for others, so that you can be proud of and embracing of every bit of you when you look in the mirror. Think about someone you love very much, do you embrace them as a whole, flaws and all? Time to show that same unconditional love for yourself.

Others that could be of help

The Mental Health Foundation website has some really good tips on how you can work to improve your body image.

The Mind website has some really useful information on Body Dysmorphic Disorder.

The Beat website has some great information about males and eating disorders.

The NHS website has some useful guidance in relation to anabolic steroid misuse.